Last night I had the honour of teaching a one hour BJJ Class at Gary's school which is a fully affiliated CFS centre across the range of Martial arts I teach. The BJJ classes there are taught by my Purple belt Corey 'Doninho' Donoghue.

Following that I taught a 2 hour workshop covering trapping techniques, drills and methodologies drawn from Wing Chun, Jun Fan arts, and the FMA.

Part of the reason for the timing of the workshop was to mark the exact 2 year opening of Herts Martial Arts academy at their current location in Barnet.

There was also some unexpected good news for head Instructor Gary Hoptroff who became only the Fifth person that I have promoted to the level of ASSOCIATE instuctor in the FMA and the Jun Fan arts. He has been training with me consistently for many years now and has just completed 5 years at the Apprentice stage having prior to that been a Trainee.

He is an excellent martial artist devloping steadily and has the respect of his teachers, students and friends alike. I am very proud to play some part in his development. Well done G!!! 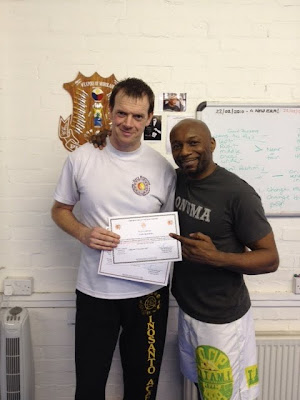 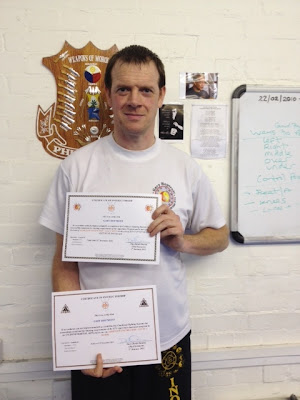 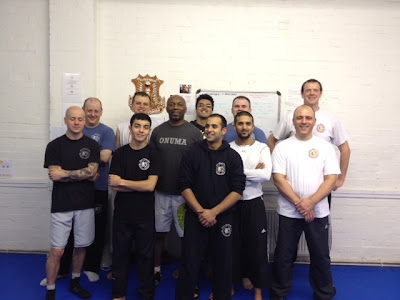 This long overdue technique of the month is brought to you all the way from Washington DC via CFS BJJ HQ in London.

Professor David was over in london in November 2011 to teach a seminar at Mill Hill BJJ and was a guest at my house. He is first off a really nice guy, humble (in keeping with most of the best) and was happy to share his favourite techniques, positions and strategies in the seminar he taught and when we trained privately together.

I am very grateful to him for agreeing to put some techniques together for this blog. I must say, that David is a really good teacher. I can honestly say that I was immediately able to add as much as 95% of what he taught straight into my game and I have had similar feedback from others. I can't wait for him to return sometime again this year

Check out the vids and his resume below - Impressive to say the least!! 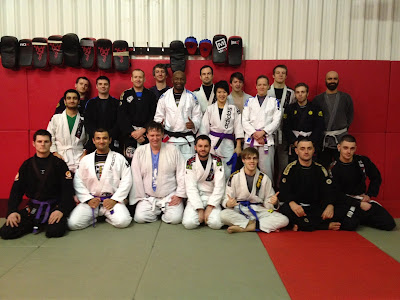 Another day of great Bjj with the Manchester crew. The standard continues to improve which led to some well deserved promotions.