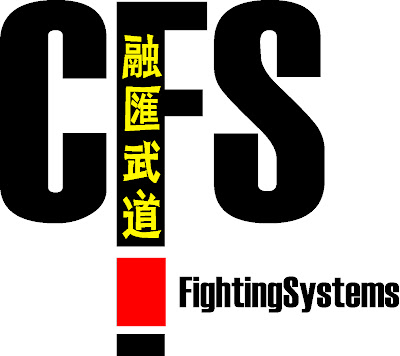 This weekend gone was a good one for CFS.

First of all, Guro Carl Jackson, the defending British Stickfighting Champion fought again in the British championships, but this time in the veterans division which is much harder as the fighters are exactly just that...veterans and seasoned champions.

Carl took Gold in the Double stick division and Silver in the Single stick division, which in fact was a repeat of his success last year. Very well done adding to his earlier success in the Mexico World championships earlier this year.

There was also success at the English BJJ Open which took place at Dartford over both days with fights at all belts. The competition was very well attended and very well run as usual. Congrats to the principal organisers Blackbelts Dickie Martin & Simon Hayes.

White belts Jesus Lopez Lara & Darren Owen took their first steps in competitive BJJ. Darren fought first facing a tough opponent who mangaged to pass his guard which was later replaced and then just missed completing a very close armbar. He then fought in the repercharge where he also lost to a memeber of our sister team at mill hill bjj, but tried hard.

Jesus had a very tough first fight and got kicked in the mouth whilst passing guard. He secure an advantage for an X choke attempt from guard but couldn't do much more thereafter as he popped his already injured rib in the fight. He won the fight but I wihdrew him from fighting further due to injury.

Next up was my old training partner Andrew Nugent who although a Brown Belt, was making his first step into the competitive BJJ arena. He fought veteran BJJ player Austin Gardner also from the Checkmat team. It was sad for me to see 2 people I know well to have to fight but fortunately for them they did not know each other. Big props to Austin who normally fights at under 76kg for taking on Andy who weighed in with the gi as a 'light' Middleweight at 79kg. It was a close fight with Austin locking onto Andy's ankle but Andy managed to tough it out and dominated mostly from the top after an excellent footsweep. Congrats to English Champion, Andy Nugent!!

As always it was good to see so many friends at the tourney with Blackbelts galore present.....my how times have changed. I can't count how many were there but even allowing for the 4 that fought in the superfights, in no particular order I saw:

My apologies if I missed anyone out because I forgot or didn't know them.

What was also good was that whilst there were a number of different gis out there on the mat, Tatami fightwear gis seemed to be everywhere! Clearly the choice of champions :)

I want to send out a big thank you to all the guys who put it on the line this weekend, as whatever doesn't kill you makes you stronger.

I want to thank David Onuma for the support and advising when I was fighting. THANKS DAVID!